This site uses cookies. By continuing to browse the site you are agreeing to our use of cookies. More info
Mexican Dating Site

Just seeing whats out there. 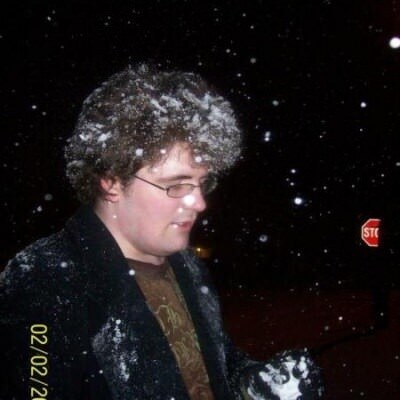 Hello to everyone that is reading this and thank you for taking the time to read it. I'm new to this sort of thing, so, on with the show. I'm a otaku, that is Japanese for geek or nerd. I'm an otaku, because, I like to watch anime and read manga. Now that doesn't mean that is the only thing I like.

I also like to play sports such as football, basketball, volleyball, and dodgeball (I consider it a sport, I think everyone does but just in case you didn't, now you know why I listed it). I dislike watching sports because of commercials and it gets boring. I'd rather play then watch, know what I mean? I also like to play video games as well, Call of Duty, Halo, Tekken, Skyrim, and so on. I don't base my life around video games and sports though.

Music is a good subject for me, I can generate random lyrics for new songs in my head but with the bad side to it being that I forget it when I want to tell someone. I play the keyboard and I'm learning new songs to play, I play the beginning of "What I've Done," by Linkin Park, "Another Day In Paradise,' by Phil Collins, and more. I use to play the guitar, but, I'm rusty, so, I need to back into the swing of things on that, lol. I've always wanted to make a band, in the same music genre as Linkin Park, Three Days Grace, Breaking Benjamin, and so on. I like most rock music, some rap, few screamo, and I dislike country music. Why? Because it just annoys me and it hurts my ears.

Now this next part are for those who were interested about what anime I'm into. Well, for starters, I like the Dragon Ball Z, Naruto, Bleach, Gintama, Rurouni Kenshin, Black Butler, Fairy Tail, and Soul Eater genres of anime. I'm a amateur voice actor, meaning that, I do abridge series on Youtube as well as fan-dubs of animes that don't have an English dub. On the topic of voice actor, I do want to become a actor and later in life become a director.

I usually try to see the mature way to handle arguments. I also have a wide range of humor from telling bad jokes but try my hardest to make them sound funny to hilarious sarcastic humor. I'm also quite when people are talking about something I don't know anything about, besides, what is worth making me look stupid? Also I think if something is too much drama or arguments, I try to avoid it. I also can understand things a little faster then what people think I do. If something bores me then I'm not interested in it. I'm also very patient, thanks to long hours of chess since I was five years old. If you'd like to know anything else, please send me a message.

Last visit: Visible to members only!

Connect with sexy singles near you